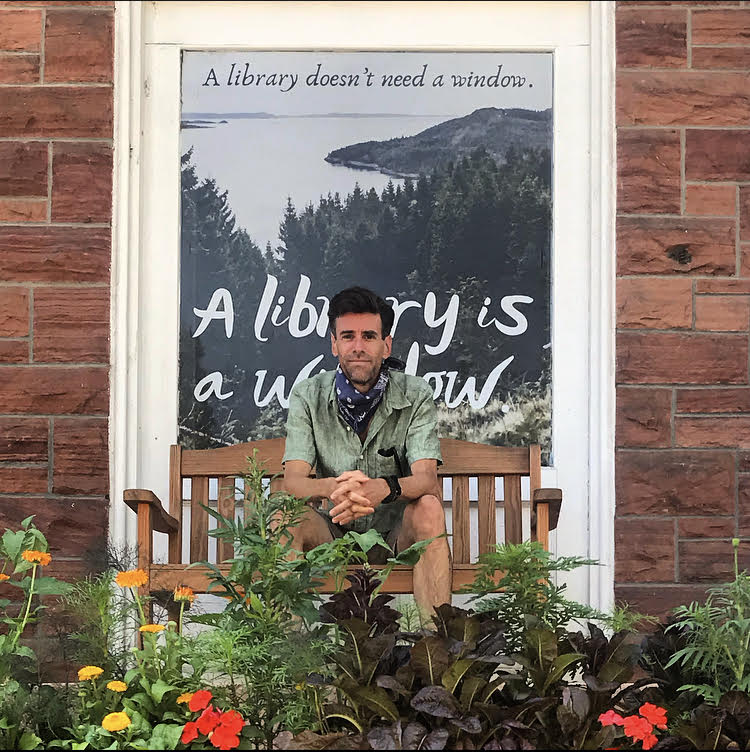 “It turned out to be just the perfect fit,” Ms. Davey said. “With his community connections and his enthusiasm for all things in this community and, through working at the paper, I think he has gained such a great understanding of our community and all the different facets of it, that I think that deep understanding of who our patrons are, it is going to be an invaluable asset as a programmer.”

Mr. Eckert said he always had a love of libraries, but his love of the Potsdam Public Library was enhanced after he spoke with Ms. Davey in his capacity as a reporter about the library renovations and Ms. Davey’s vision for the library’s future.

“The Potsdam Public Library has always been a special place for me and I have spent many hours writing here, getting to know the folks that work here and now, to work with them, I count myself deeply fortunate,” he said. “Among all the wonderful experiences I’ve gained as a newspaperman, the greatest was my adoration for community, specifically the Potsdam community, after I was assigned to cover it for the paper. This place is truly special and I believe the library is at the heart of that. I hope to partner with organizations and individuals who want to build on that with programs to educate, entertain and unite our area.”

As adult program coordinator, Mr. Eckert is a member of the LIFE (Literacy is for Everyone) Department, headed by Public Services Manager Sarah Sachs, and he is responsible for planning classes and events for adults and teens, as well as cultivating community partnerships that encourage sustainable and innovative programming.

Mrs. Sachs said in hiring for the position she was looking for someone who would fit into working with all the other programmers at the library.

“We hired someone with a journalism background and with a large portion of curiosity involved in his personality, which is something that I really think, as an educator, is the best approach to learning. You have to be curious,” Mrs. Sachs said. “So already, at the two-week mark, I am seeing not only these qualities, but seeing them being applied, so I think the journalism skills, the organizational skills, the ability to go out and talk to people cold, is really going to work well in this position.”

In addition to his journalism background, Mr. Eckert brings experience as a musician, poet and chef.

He is currently developing programs that include a birds of prey program with Mark Manske of Adirondack Raptors in Dickinson Center; an outdoor yoga program; a writer’s series; a music series; and a social justice series.

Ms. Davey said one of her favorite things about the culture at the library is being able to capitalize on everyone’s own passion.

“And so I see this already happening with William because he is calling in connections he has in this community and I would point to the Birds of Prey program that is coming up,” Ms. Davey said. “This is unlike anything we have done at the library before and it is really taking the library out of the building completely and integrating literacy concepts at the same time and tapping into our community’s interests.”